Interdependency and Political Economy: A Case of Nepal

Interdependency and Political Economy: A Case of Nepal

Before talking about Nepal on the heading of this presentation, I would like to explain what this complex of words “interdependency” and “political economy” means in contemporary expression. Interdependency is about bonding relationships where parties mutually rely on each other, adapting to better management of harmony and togetherness and maintain autonomy. In other words, it also meant letting go co-dependence, ego and extreme independence.

Our cultural and social environmental norms teach us to be strong, never to be weak, never reveal weaknesses to others, never depend on others and never get hurt. Growing up in such a socio-cultural setting will generally lead to living in isolation within diversity and disconnects with surroundings, developments and trends.

In the context of economics, interdependency simply refers to economic interdependence of two or more nations as we have witnessed during the past decades of globalization, expansion of market, trade, investment, innovation and development of technology beyond the borders of industrialized economies of the West. Political economy thus concerns a mixture of politics, economics, sociology, philosophy, and history bringing together how humans interact with each other to live within societies and how nations interact in their relationships with one another.

Economic development concerns with allocation of scarce resources within multitudes of “wants” and “needs”. Politics are used to allocate these resources within a state to provide for national building and for the people. By this premise, political economy, in any nation, concerns establishment of relationships between individuals and society, and more specifically, the relationships between citizens and states. Therefore, economists, scholars, leaders and planners articulate political strategy, economic structure, human interactions with reasoning, and consider a particular structure best.

In modern political economy, we talk about production, investment, technology, foreign trade, poverty, social care and basic ingredients of development and their relations with law, custom and government, and distribution of national income and wealth. It is about governance, structure, institutions and societies; and relationship with distribution of national income and wealth. This also meant exploring relationship between ethnic diversity and economic development, and the ways in which social harmony and development influences each other.

Let us now talk about political economy for developmentwhich generallydeals with the empirical reality, theory, and governance problems of development, poverty and inequality. The way scarce resources are distributed within an economy determines the type of economic system. Historically we have observed three types of political economies. They are Market economy (or Capitalism); Command economy (or Communism); and Mixed economy (or Socialism).

Economic developmentapproaches stress importance of development processes, structures and institutions which shape economic landscape and delivers economic outcomes. Each type of economic model comes with own strengths and weaknesses. The challenges, however, is how government manages them.

Irrespective of economic model, the fundamental problems of an economy arise from the central problem of scarcity of resources that we need to address from the start are: What to produce? How to produce? For whom to produce, and how to distribute?

Economic development history of the past century suggests that higher rates of economic growth is exhibited in societies which have high levels of economic and political freedom and good governance. However, during the last decades of experiments on liberalization of global economy which witnessed removal of trade barriers, and technology and innovations have spurred spectacular growth in all parts of the globe. Yet, there is no single empirical model of economic development that could be replicated across all societies for there were aberrations in distribution of newly created wealth for want of robust social compact.

Let us now briefly turn to Nepal. No doubt, economic progresses have been made but sustaining these have been proving to be a serious challenge as state institutions could not demonstrate prudency, efficiency and good governance. Projected GDP growth is largely based on mercurial seasonal agriculture and unstable service sectors. Both sectors are vulnerable to external forces, namely climate change and slowing down in world economic environment and market reorientation.

Last March, Government of Nepal organized an event on International Summit on Foreign Investment in Kathmandu and sought foreign investments of about US$ 36 billion but it fell short of expectations. Reportedly, it did not produce high optimism and enthusiasms among foreign private investors. It is high time we revisit and adjust our expectations, strategies and the ways of doing things more realistically and pragmatically.

Nepal continues to rank one of the lowest in the global index of doing business environment. Major problem appears to be the laws associated with foreign direct investments and technology transfer for industrial and manufacturing which are restrictive when compared with other nations, including ASEAN. SMEs Small and Medium scale Enterprises (SMEs)) which form a sound economic foundation is restrictive and narrow due to undesired level of protectionism.

Poor level of investment in agriculture has contributed to “food insecurity”. Nepal is disproportionately dependent on basic food imports from India. This has created trade imbalance and unfavorable balance of payments situation with loss of foreign exchange. This is a threat to nation’s economic security for our relations with economic giants are often mercurial and are not based on economic interests and pragmatism of the times. This situation hangs our nation like on a Damocles Sword of economic dependency.

In policy terms, we should take comparative advantage of economies of scale by forging economic alliances and business cooperation with economic giants because we are economically dependent on them and geographic proximity dictates this.

Given our geography, we ought to be realistic and forge pragmatic alliance with friendly countries like China, India, Bangladesh, Myanmar, Thailand, Cambodia and Vietnam and benefit from the Generalized System of Preferences (GST) in trade under the WTO (World Trade Organization) rules. This will, however, require positive revisions to investment related laws (like; banking, dispute arbitration, finance, tax and immigration etc.), consolidate laws into one simple single and handy document; allow private foreign direct investments without restrictions in all economic sectors, including in SMEs and leisure, tourism and lifestyle industries.

Restrictions on foreign direct investment threshold should be abolished and focus towards creating domestic jobs. Policy emphasis should be on “building” infrastructure and connectivity aiming at lowering production costs, ease cross border transportation and access to larger markets. Development plan focus should be on “producing” goods and services and improve “monitoring” and “managing” capabilities for ensuring efficiency, prudency and global competitiveness.

Media reports indicate some 35,000 persons die annually due to air pollution in Kathmandu Valley while almost one million people suffer yearly from upper respiratory tract complications. Degrading quality of life and living standards seems to suggest our economic strategies and governance is faltering to address development priorities and, in general, welfare of the people.

Education system also requires reforms fitting to the development needs with emphasis on science and technology, and tertiary vocational skills for qualitative improvement of market forces. Policy statements of leaderships are not aligned with economic imperatives of the times, and rule of law appears eroding with falling implementation rule of law. In addition, there are emerging signs of diminishing confidence in state institutions due to corruption and lack of accountability. Constitution aspires this nation to follow path of socialism but, in practice, economy appears like a swinging pendulum on a wall cloak for lack of marshal plan for speedy economic development.

One estimate suggests Nepali diaspora numbers around one million strong spread over all continents. They are keen to relate back home and participate in the government-led development process. Diaspora has a huge reservoir of over one thousand scholars and scientists. This human capital can be accessed through the ‘Brain Gain Centre’, a repository of knowledge and expertise available at the Ministry of Foreign Affairs, and a global policy think-tank Nepal Policy Institute (NPI). Government of Nepal can tap on these reservoirs through a mechanism of transfer of knowledge through expatriate nationals in nation building pathways. Countries like India and China have successfully capitalized on similar human capital and, surely, Nepal can do as well.

Lastly, let me conclude the presentation by a philosophy of interdependence and political economy theme with an Africa tale, as below, that aptly narrates our dilemma: 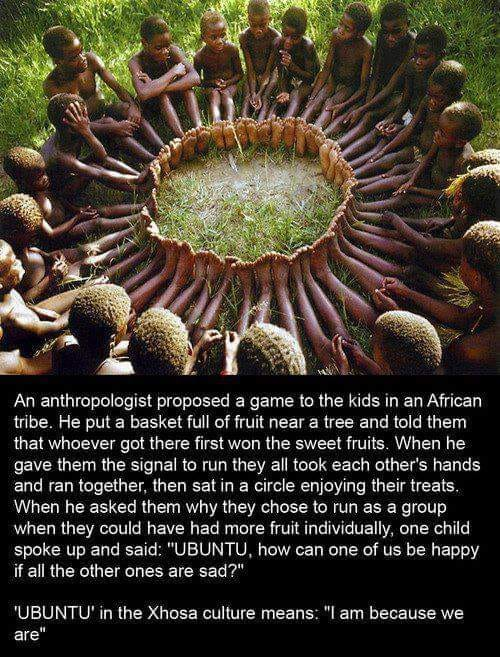 Lesson learned: How can one of us be happy if all the other ones are sad?”

“UBUNTU” is the Xhosa culture means “I am because we are”. 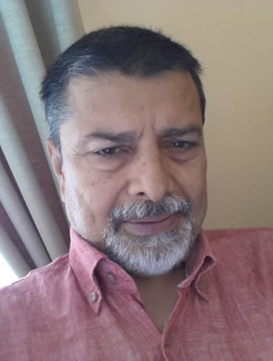 (Kedar Neupane, retired UNHCR international staff, is President of We for Nepal, has served for over three decades in countries of Africa, Asia, the Middle East and Europe. This email address is being protected from spambots. You need JavaScript enabled to view it. ).

Proposal for Reform of - NRNA